The Shark is Broken

Tickets available from £10.00
subject to a transaction fee of £3.65
Buy Tickets

Dive into the drama behind the scenes of Jaws!

Cape Cod, 1974: shooting on ‘Jaws’ has stalled. The film’s lead actors – Robert Shaw, Roy Scheider and Richard Dreyfuss – are stuck on a boat, at the mercy of foul weather and a faulty mechanical co-star. Awash with alcohol and ambition, three hammered sharks start to bare their teeth…

Ian Shaw (War Horse and Common, National Theatre) will star as his father Robert Shaw. He will be joined by Liam Murray Scott as Richard Dreyfuss (reprising the role he performed at the Edinburgh Fringe Festival 2019), and Demetri Goritsas (ear for eye, Royal Court; Black Mirror, Netflix) as Roy Scheider.
‍
Directed by Guy Masterson, The Shark is Broken reveals the hilarious and moving behind-the-scenes drama on one of Hollywood’s biggest blockbusters.

After a sell-out, critically acclaimed premiere at the 2019 Edinburgh Fringe, Ian Shaw and Joseph Nixon’s brilliantly funny play will arrive in the West End from 9 October 2021.
‍

The Times ★★★★★
"Did I mention waves? Get ready for this play to make some. Do they need a bigger boat? Actually, I think they are going to need a bigger theatre - and soon."

The Arts Desk ★★★★★
“This play deserves a life beyond the Fringe; yes, they’re going to need a bigger theatre”

The Telegraph ★★★★
“Something unexpectedly profound and emotionally serrated lurks below the apparently frothy surface of this dive behind the scenes of the making of JAWS.”

The Stage ★★★★
“An intoxicating combination of behind-the-scenes gossip and contemplation of the nature of popular art.” 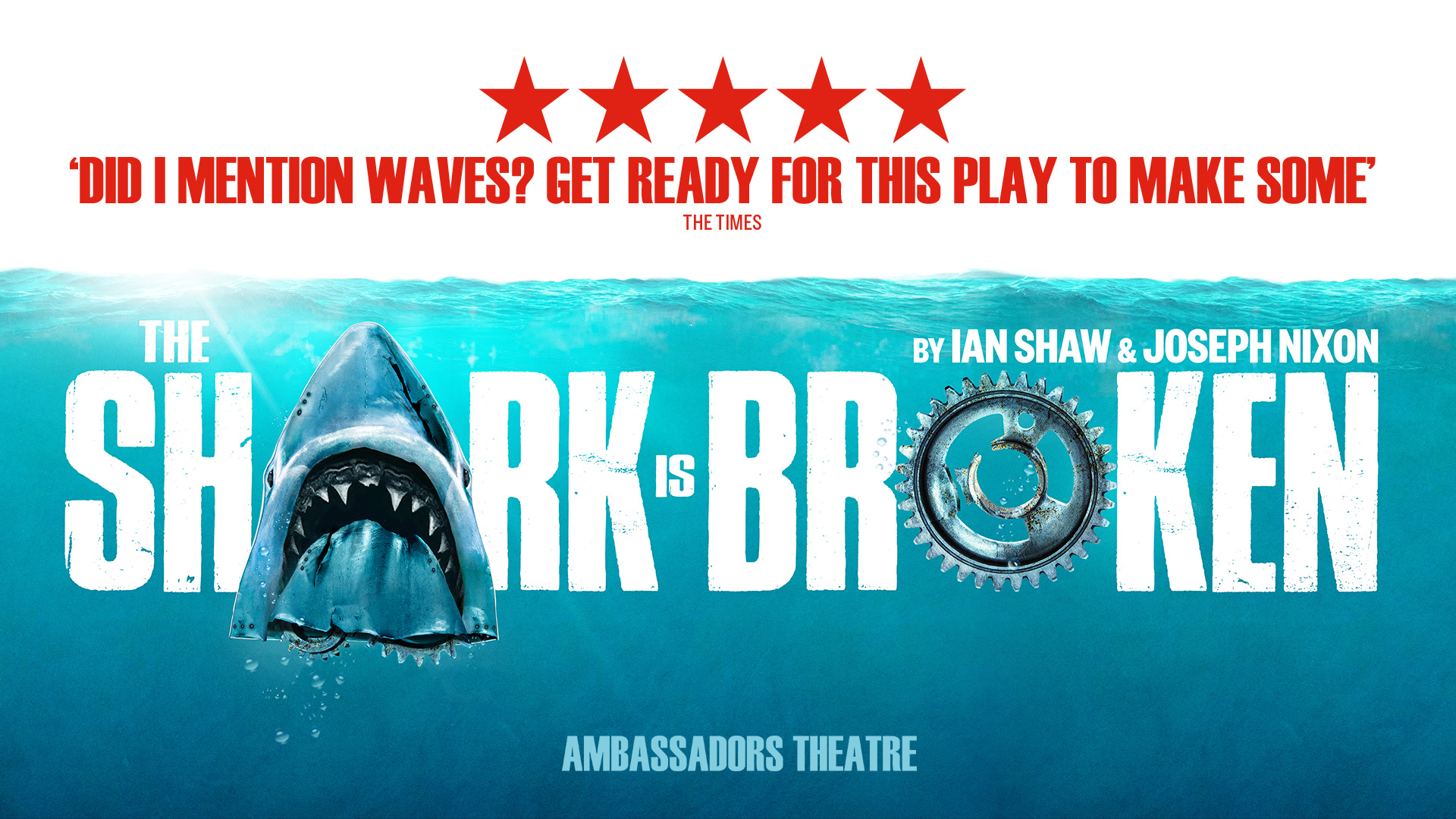