Kunene and the King

Live at the Ambassadors Theatre

Tickets available from £25.00
subject to a transaction fee of £3.65
Buy Tickets

John Kani’s highly acclaimed play Kunene and the King marks the 25th anniversary of the end of apartheid in South Africa with a strictly limited London run at the Ambassadors Theatre following on from its premiere in Stratford-upon-Avon and the sold-out run in Cape Town.

Jack Morris is a celebrated classical actor who has just been given both a career-defining role and a life-changing diagnosis. Besides his age, Jack has very little in common with his at-home nurse, Lunga Kunene, however, the two men discover their shared passion for Shakespeare, which ignites this ‘rich, raw and shattering head-to-head’ (The Times)

Kunene and the King is created and written by South African actor, activist and playwright John Kani (Black Panther, The Island, Sizwe Banzi is Dead), a refreshingly funny and vital new play that is directed by Janice Honeyman (Vice Versa; The Tempest, 2009) and sees fellow South African Antony Sher (King Lear, 2016 & 2018; Death of A Salesman) perform alongside John Kani himself. Live music and vocals are also provided by Anna Mudeka who completes the company.

Get your tickets now for this ‘fascinating and necessary’ (Financial Times) play, co-produced by the Royal Shakespeare Company and Cape Town’s Fugard Theatre, as it transfers to London’s The Ambassadors Theatre for nine weeks only.

Kunene and the King Cast & Creatives 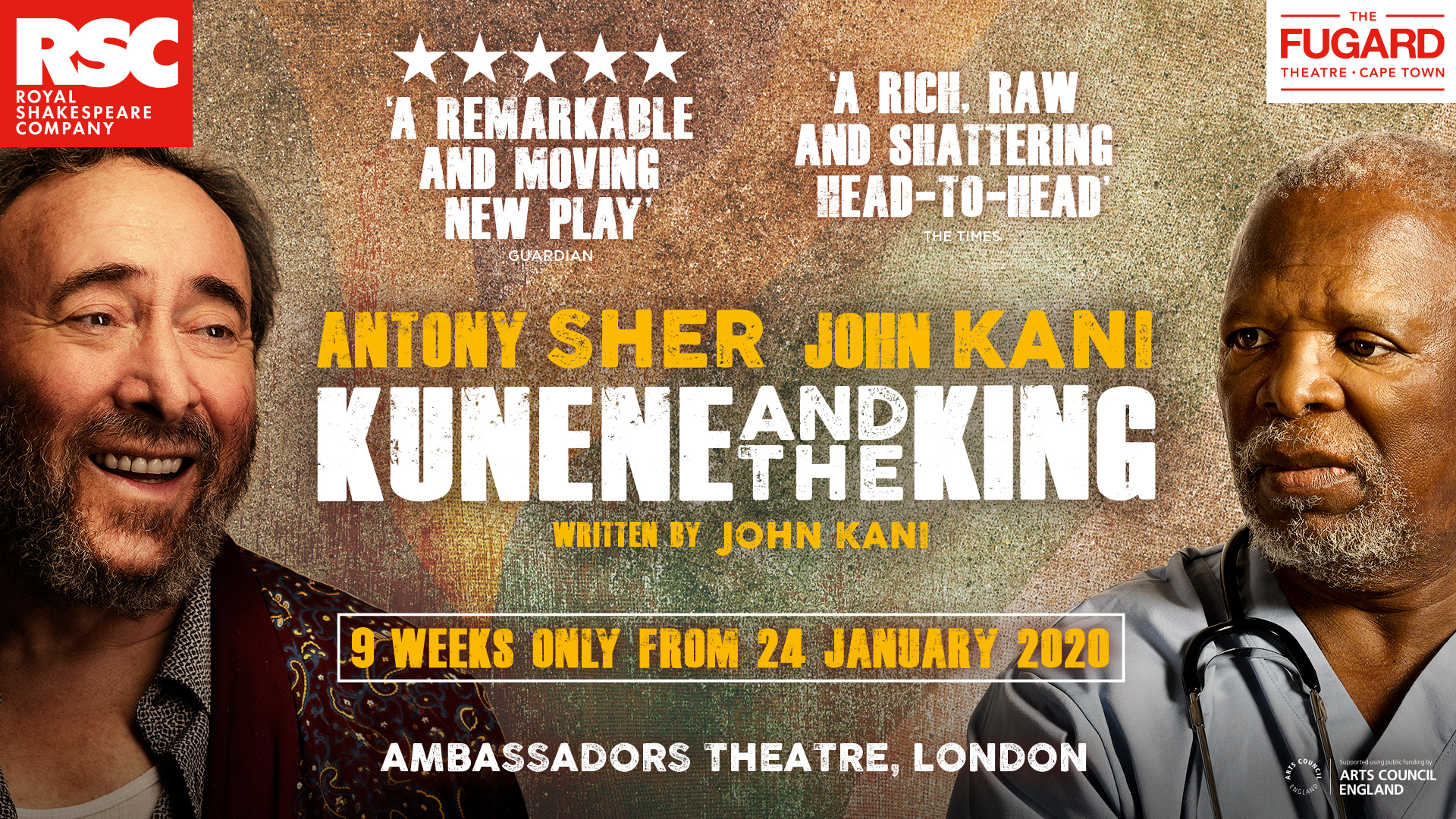